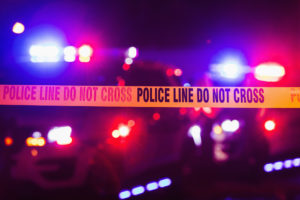 Police said Wednesday that the man who was killed after being hit by a vehicle Tuesday night in east Vancouver was riding an electric scooter and did not have the right of way.

Witnesses said the man was riding south in a crosswalk on Southeast Mill Plain Boulevard, at Northeast Chkalov Drive, when he was struck, according to a Vancouver Police Department news release.

Police spokeswoman Kim Kapp said the scooter rider did not have a signal to cross the road, and the eastbound driver had a green light.
The victim’s name was not released.

Police, fire and medical crews responded to the crash at 8:21 p.m. The man was taken to PeaceHealth Southwest Medical Center but later died, police said.

Officers shut down the eastbound lanes of Southeast Mill Plain Boulevard near the intersection during the investigation, Vancouver Fire spokesman Joe Hudson said.

The driver stayed at the scene of the crash and is cooperating with investigators, police said.